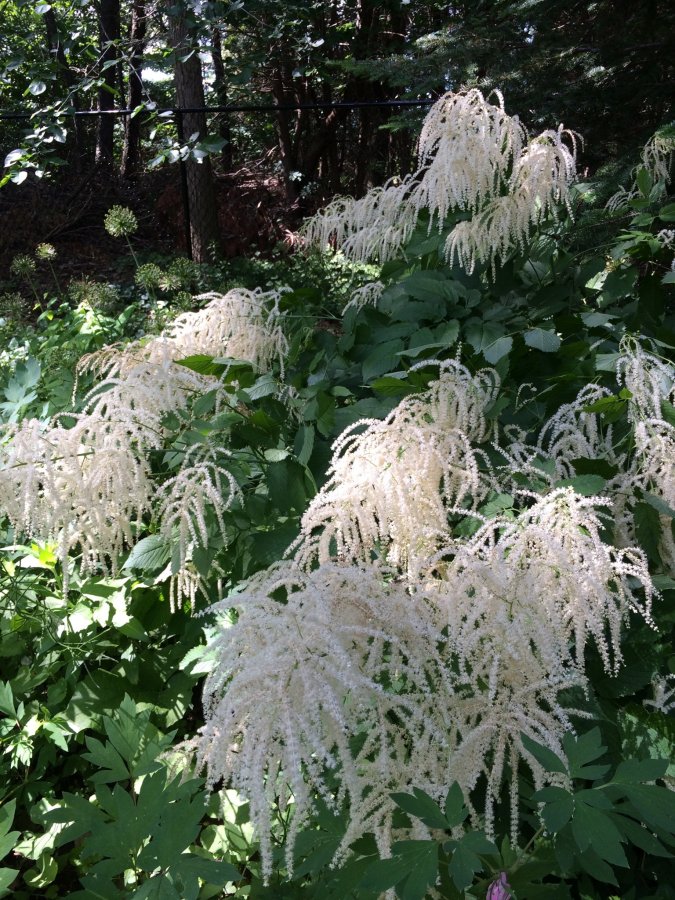 Plant is probably neglected for several years. Has course stem, about 4 ft. high, growing in a shady area under a spruce tree. I thought the bloom in initial stages might be bleeding heart, but not so as it progressed. It is quite beautiful ….I had decided it must be a weed in this overgrown lot which was once a garden, now new to me..not so!