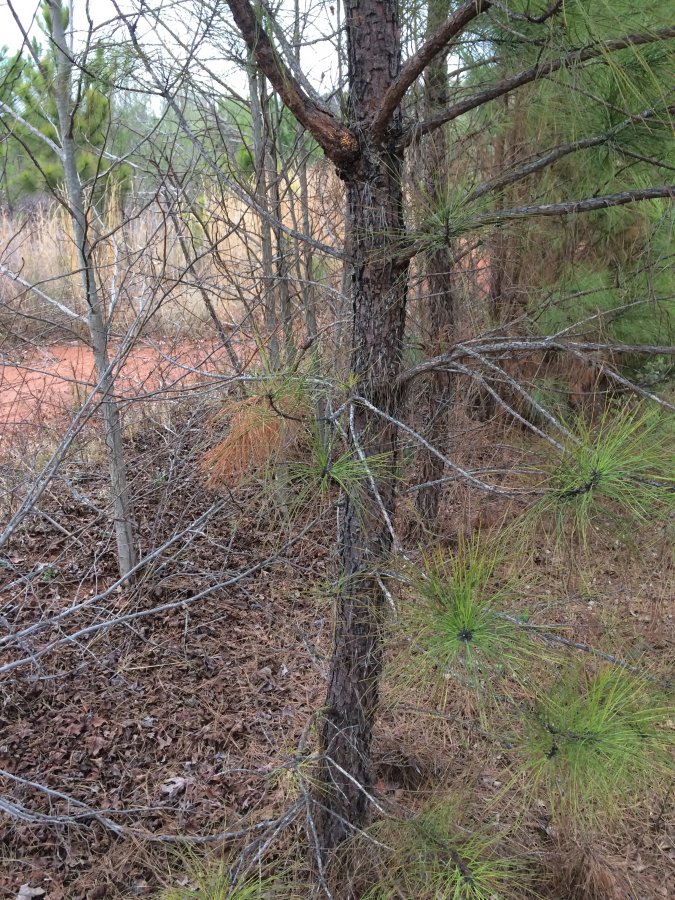 We have 5 acres that was previously heavily wooded with mature pines. We were told that the mature pines were killed by beetles. The young pines that are now growing on the property are frequently the victims of an orange fungus that typically grows low on the trunk, but occasionally at the base of a large branch. The fungus causes an enlargement of the trunk at the site of infection. The needles of the infected pines will turn brown, typically starting with needles on the lower branches.