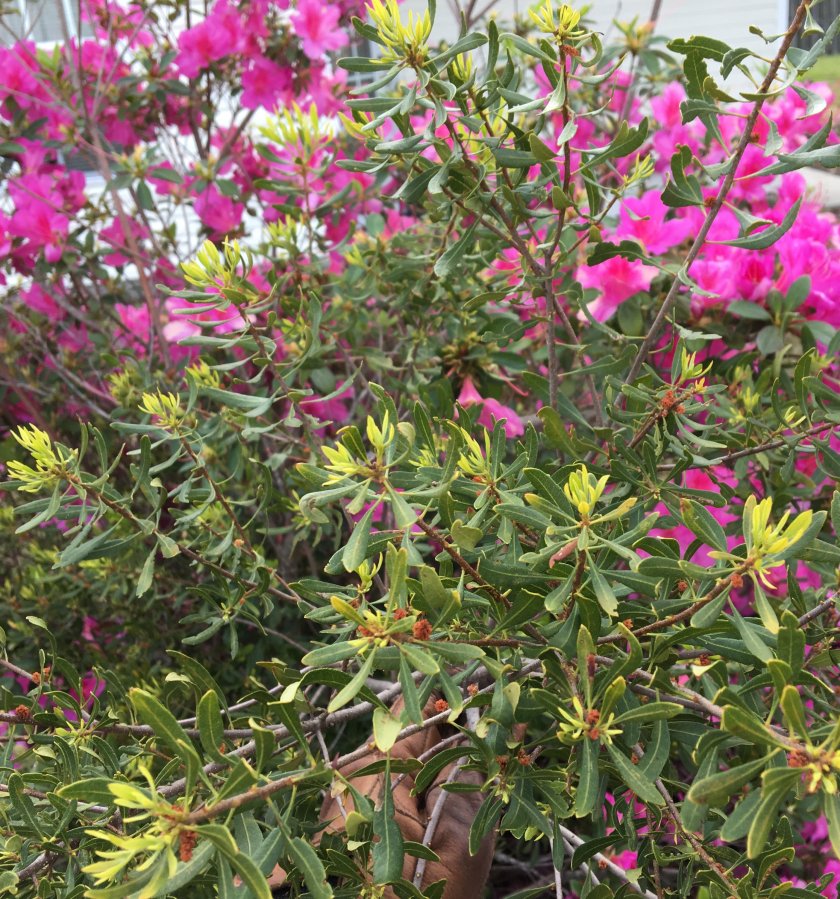 Unlike the surrounding azaleas (in the background in all the pictures), this plant hasn’t flowered in the 18 months I’ve lived here. Its roots are intertwined with the azaleas, but I’ve clearly traced each of the non-flowering arms to the same root system. Is there any possibility this is just an immature azalea plant, or do I need to excise it? The azalea which this plant has infiltrated produces notably substandardly compared to the other azaleas.