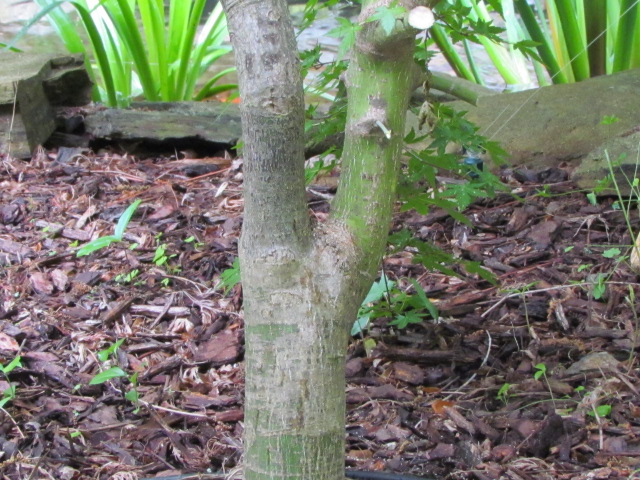 In reference to my posting on 01, May 13, Lacy Leaf Maple growing into 2 different trees. Stone and Walter thank you both for your comments. I no longer think a different specimen of tree grew out of the trunk. I believe you are correct Walter it looks as though this tree was likely a graft as it appears the trunk split into two different trees and as Stone stated the more vigorous version was quickly taking over. After a surgical procedure and prune seal hopefully it wont go into shock.