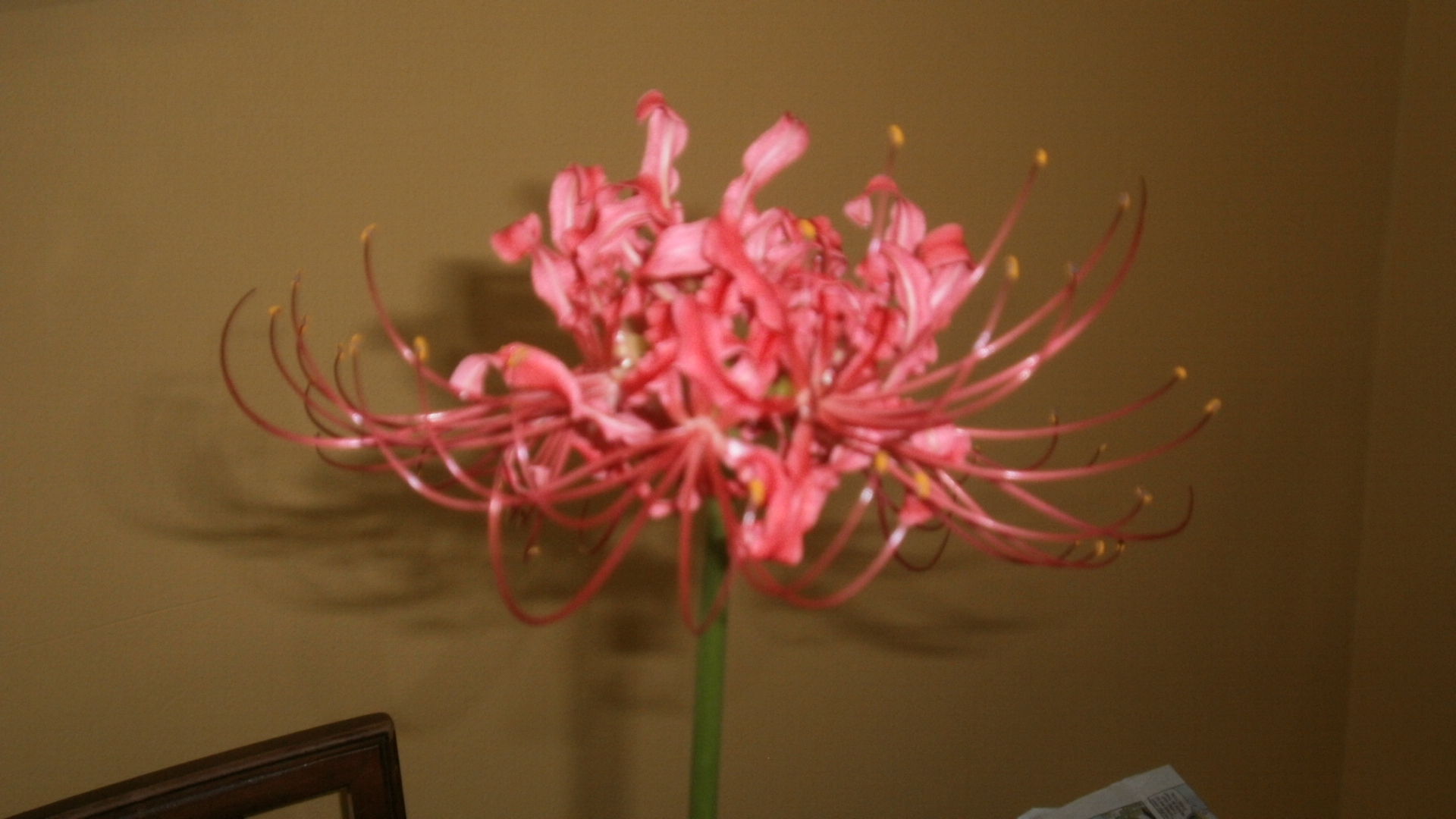 Found this flower growing by itself in my front yard behind the bushes that line the front of the house. I snipped it and put it inside a vase i the kitchen, the bushes that I included are just where I found it. I didn’t plant any flowers there, just trim the bushes as needed. Occasionally when I have fresh cut flowers in the house, when they begin to wilt I place them in the dirt behind those bushes by the front door. There is about a two foot space between the house and bushes.