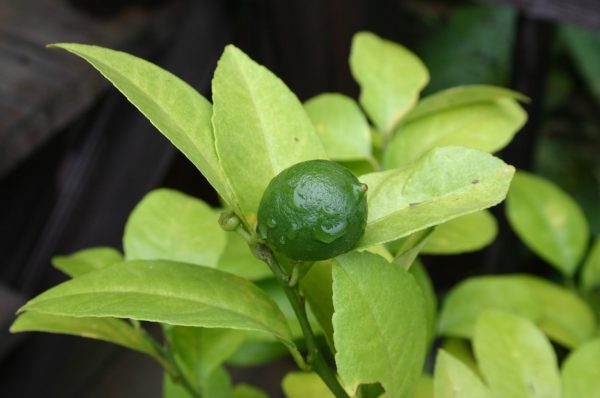 Growing up, I never knew the difference between a sweet Meyer lemon and an acidic Lisbon. Or a Eureka lemon. All I knew was that on weekends, I was out of bed by 7 a.m. because there were fruit trees that needed tending. Thirty years ago, the fringes of Sacramento were still just a developer’s opportunistic vision and my parents jumped at the chance to move to an area with a double lot so they could grow (what seemed like at the time) an orchard of fruit trees. They grew every tree imaginable, including an entire section devoted to dwarf Meyer lemons. Their bedroom sliding door was open almost year round, especially on warm evenings, so they could sleep with the intoxicating fragrance of the Meyer’s magical blossoms. Never having to purchase a lemon until I moved away, I didn’t realize that there was more than one variety.

Regarded by many as the favorite backyard citrus tree, the Meyer lemon was introduced to the United States from China by Dutch plant explorer Frank Meyer. Meyer traveled to China several times during the early 1900s and introduced this country to hundreds of new plant species. Thought to be a cross between an acidic lemon and a mandarin, this thin-skinned and slightly sweet cousin to the lemon settled in subtropical citrus-growing regions of the United States.

For many years, the Meyer lemon was considered more of an ornamental oddity and mainly thrived in people’s yards. People living outside the citrus belt didn’t have the chance to acquaint themselves with this new lemon variety because its thin skin and delicate structure made it virtually impossible to distribute commercially.

Around the same time, a man by the name of Floyd Dillon had moved to Northern California to try his hand at the dwarf wholesale nursery business, according to his great-grandson, Aaron Dillon, a fourth-generation grower at Four Winds Growers in Fremont. Fortuitously, a woman living in nearby Brentwood contacted him about a beautiful Meyer lemon tree that she had growing in her yard. And, with these buds, Dillon propagated the Meyer for several years.

In the 1960s, with the threat of eradicating all Meyers because of a citrus tristeza virus that could harm the commercial citrus industry, the California Department of Agriculture screened all supposed clean stock and concluded that Four Winds Growers had the only virus-free selections. Aaron Dillon says, “This plant, that can be traced back to Floyd Dillon, became the source for all bud wood used for the Improved Meyer lemon program.”

Today, Four Winds Growers is California’s, if not the nation’s, leader in the selling and propagating of dwarf Improved Meyer lemon trees. Their nationwide distribution, coupled with the Improved Meyer’s growing popularity in restaurants and home kitchens, will hopefully have a positive impact on its future. It also doesn’t hurt that it’s an amazingly easy fruit tree to grow.