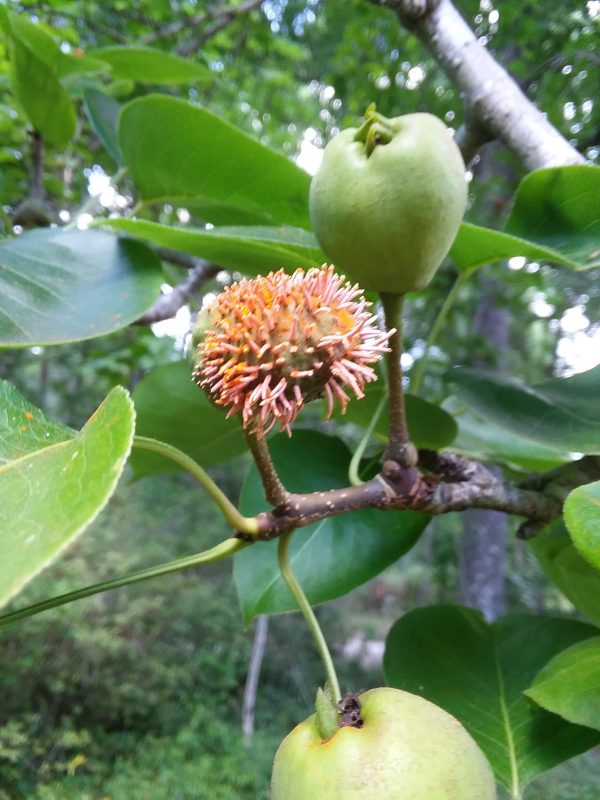 Q: These pears are on a 30 year old hard pear tree. Approximately 80% of the fruit look this way. When the fruit were the size of a marble, they were deformed. After several weeks, they developed bright red bristles which shed spores which sometimes showed up on leaves below.

Yellow spots on the leaves is a more typical symptom.