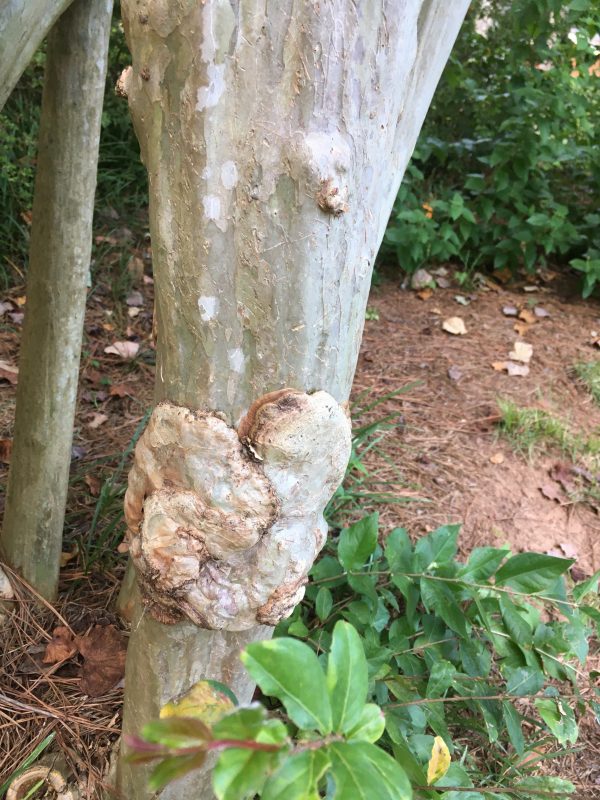 Q: What caused this weird growth on my crapemyrtle?

A: I had no clue, so I submitted your pictures to The Garden Professors Facebook group. Their explanation is above my head but I’ll let you study it for information.
—————————————————————————–
Sylvia Thompson-Hacker
The consensus is it’s undifferentiated cell growth following trauma. Like a burl.

Tony Wang
Sylvia Thompson-Hacker interesting. Can you explain the physiology behind this?

Linda Chalker-Scott
Tony Wang I don’t know if you have access to my book How Plants Work but I discuss burls there. The important point is that its NOT wound wood.

Doug Grimes
I found the definition from Kevin Smith, Ph.D. Supervisory Plant Physiologist USDA Forest Service which is is helpful to me: A burl is the result of hyperplasia, a greatly abnormal proliferation of xylem production by the vascular cambium. That abnormal growth is mediated by changes in plant growth hormones. The proliferation is highly localized and not only are the cambial cells dividing more rapidly and for a longer period of time in the growing season, the orientation of the divisions is irregular.

Doug Grimes
Calluses induced by wounding (pruning in this case) can cause this. https://www.ncbi.nlm.nih.gov/pmc/articles/PMC3809525/
Plant Callus: Mechanisms of Induction and Repression
NCBI.NLM.NIH.GOV

Linda Chalker-Scott
To be clear callus is undifferentiated cell growth. So this would also help answer Tony Wang’s question about mechanisms.

Shannon Carr Pable
I had something very similar occur on one of my very large loropetalums that I’ve limbed up into a tree. Here’s a pic… 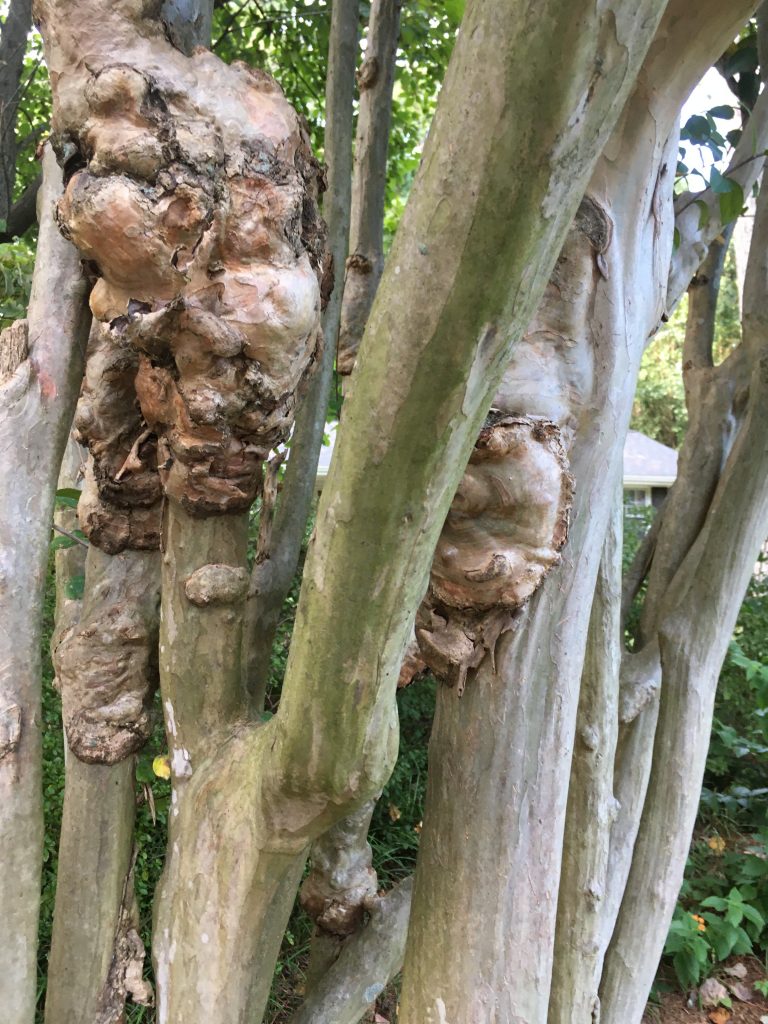 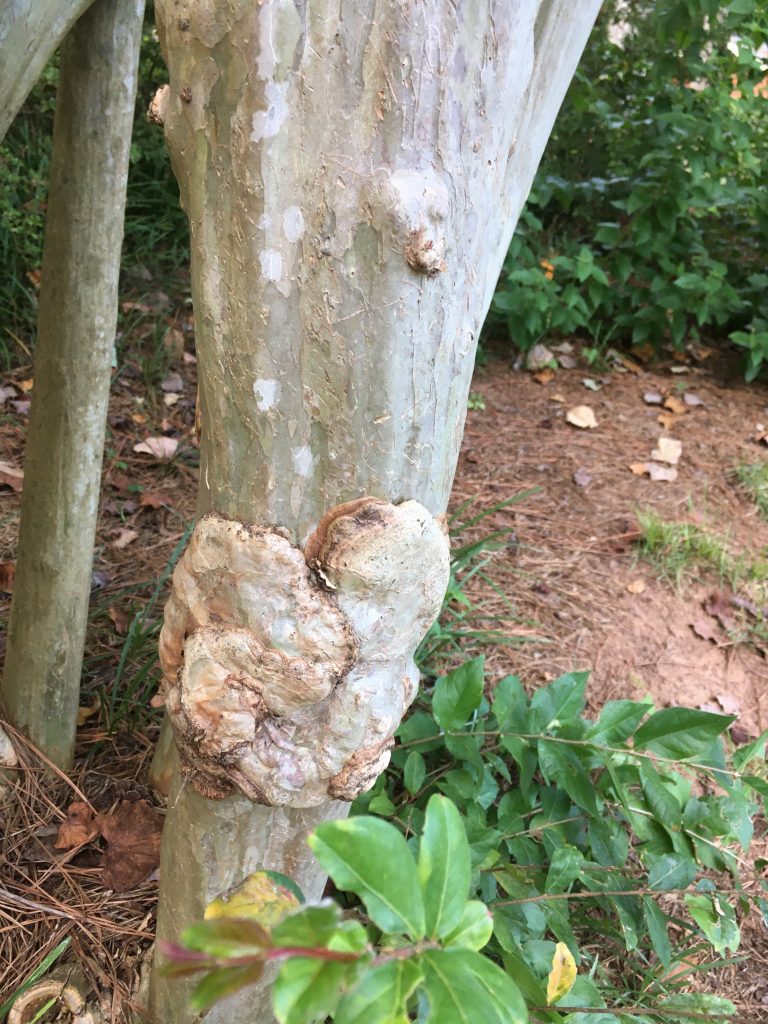 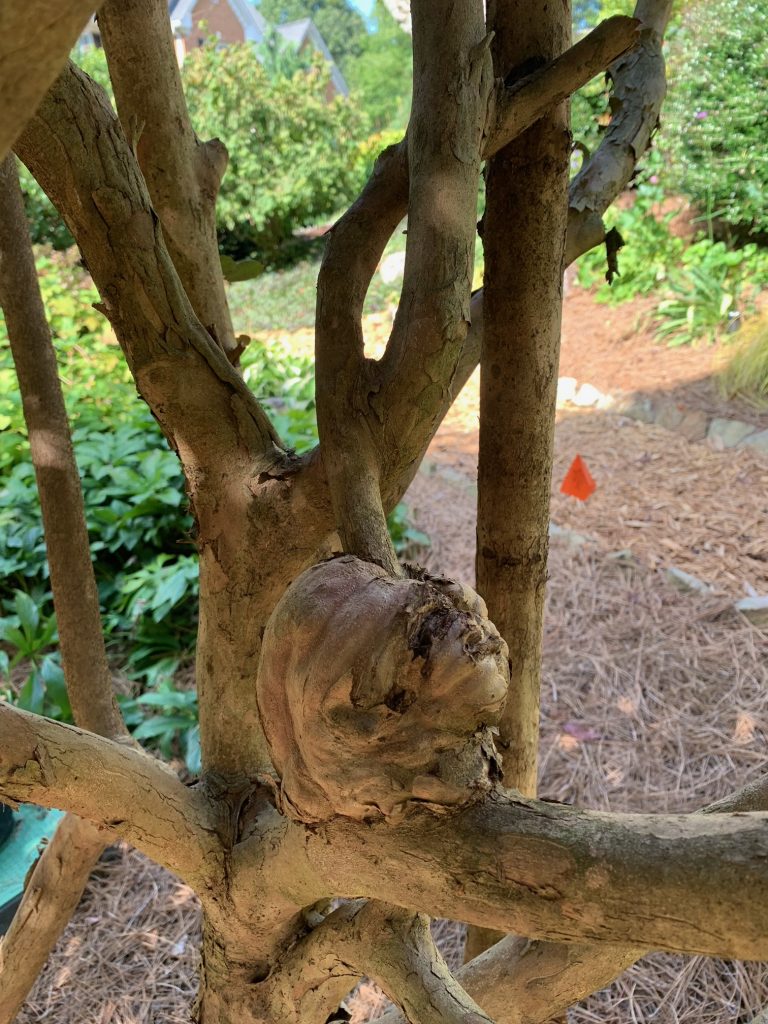 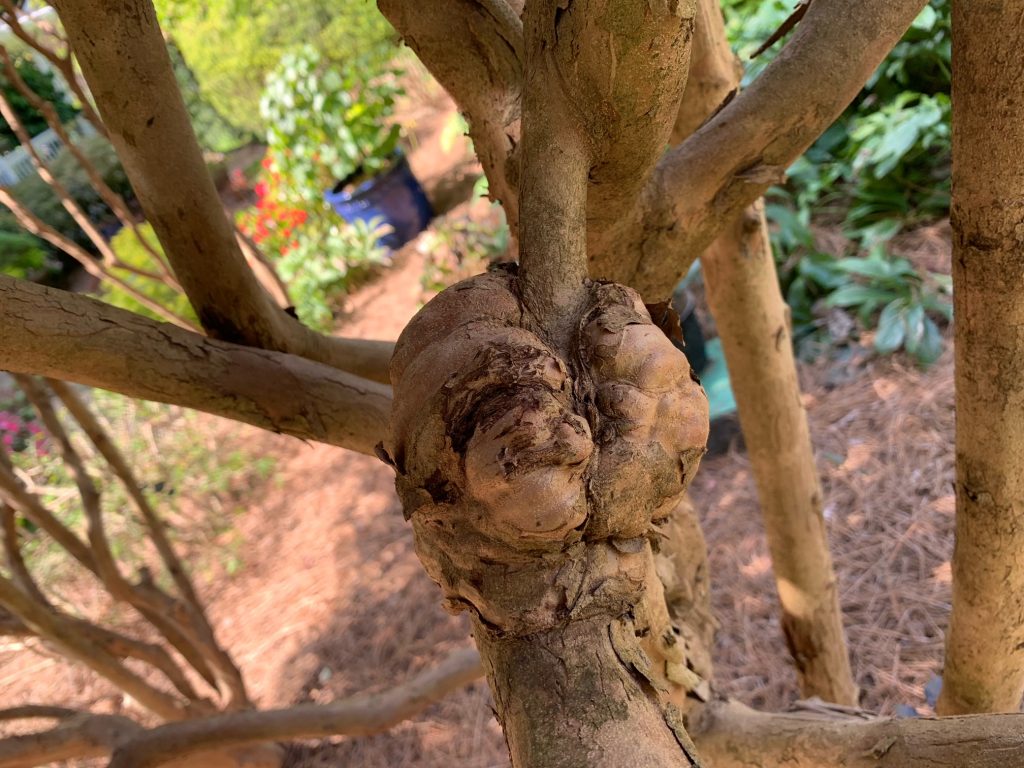