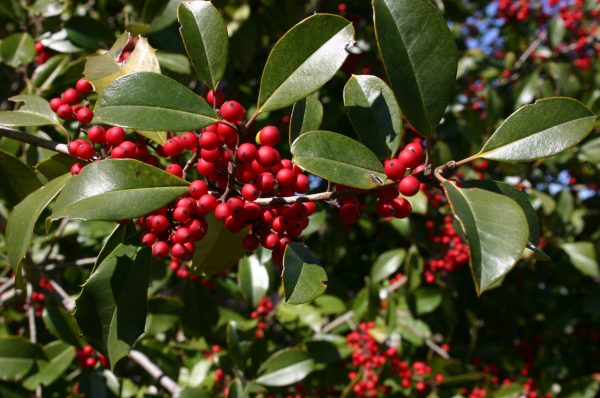 Two of my son’s best buddies moved to South Carolina last summer. They were a familiar part of our family life for several years so it was with trepidation that we bid them farewell. How badly would my son miss them? How would they adapt to their new school? How would we adapt to their absence on our soccer team?

Fortunately, the boys in both locations have made their adjustments and have thrived. Grey came back from a Christmas visit full of tales of their New Year’s Polar Bear Swim and fishing in the surf.

Transplanting shrubs is almost as traumatic as transplanting households for many gardeners. Whether from necessity, as when a new deck is built, or from boredom with a tired landscape, transplanting is occasionally required. Moving a shrub from its accustomed habitat can be a major blow to the plant’s health or it can be a minor setback. With attention to the basics, transplanted shrubs will adapt as well as transplanted kids.

PRESERVE THE ROOTS Keeping intact as many roots as possible is paramount. Dr. Tim Smalley teaches horticulture students at The University of Georgia to trace a circle under the shrub half as wide as the crown, using a shovel point or a stick. For example, a hydrangea that was four feet wide in summer would have a circle two feet wide drawn under it.

Tim points out that moist clay soil in winter is much easier to dig than sun-baked, dry clay in the summer. If the soil is too dry to dig, whatever the season, water the area and come back later in the day and see how the moisture has softened the soil. Watering not only makes the soil softer but it also hydrates the plant, making survival more likely.

If the new planting spot is nearby, a freshly dug plant can be heaved onto a tarp or a sheet of plastic and dragged to the fresh environment. Otherwise, wrap the root ball with heavy plastic, burlap or a discarded blanket to keep the roots and soil together. If the plant is small, plop it into a plastic five gallon bucket or a discarded three gallon planting pot.

WATER REGULARLY Leafless forsythia, hydrangea or crape myrtles have little need for water in the next few months. After planting a shrub in its fresh bed, soak the soil around the roots and leave it alone until summer. Evergreen shrubs, like gardenia, azalea and holly, do need regular irrigation during the winter. Several windy February days can dry their leaves like tissue paper. With fewer roots available, winter dryness can do more harm than summer drought. It is hard to water in the cold but it is necessary to insure success.

NO FERTILIZER No fertilizer is needed until your shrub begins new growth in April. If you simply must fertilize, mix a cup of garden lime and a few tablespoons of triple superphosphate (0-46-0) into the soil when you dig the bed before transplanting. Lime counteracts natural soil acidity; phosphorus promotes root growth. Both move slowly into the soil so adding them before planting is the best schedule. When new leaves develop in April sprinkle one of the slow-release nursery fertilizers under your shrub at half the strength recommended. Repeat in early September.

Even though we thought that our transplanted school chums could never be replaced, that hasn’t been the case. The kids have transitioned from seeing each other almost daily to visiting during holidays. They remain bright, healthy and happy. If you attend to just a few details when transplanting your shrubs they will adapt to their new surroundings with equal ease.