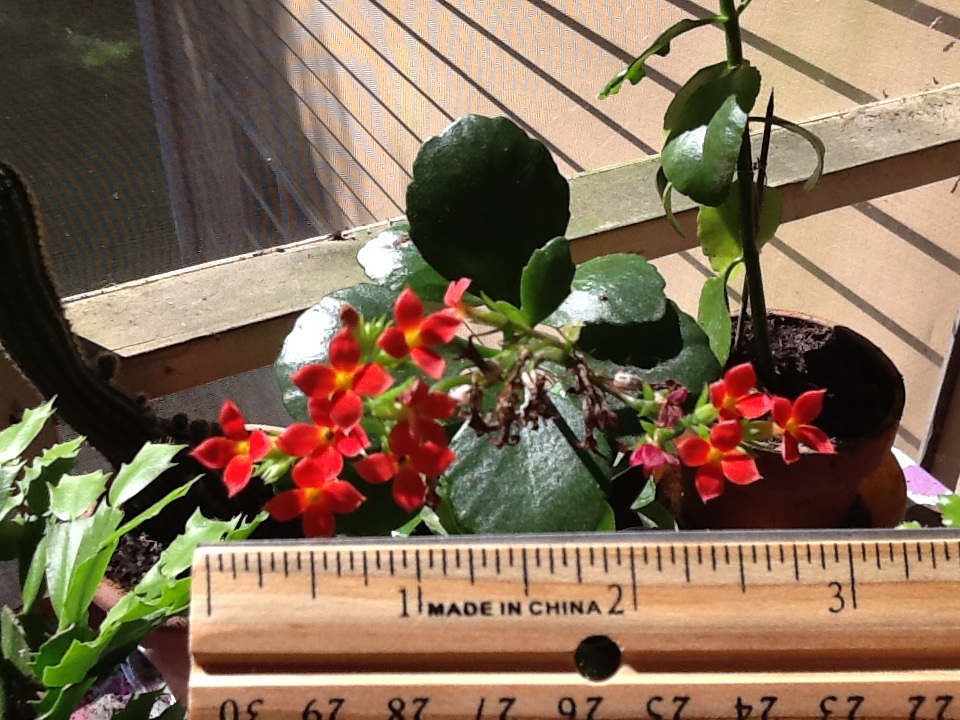 I rescued this plant from my mother’s house when she died a few years ago. I have attempted several times to identify the plant via internet resources to no avail. The original plant never flowered but last year a piece of the plant broke off and I stuck it into the soil in the pot and it took root.. The new sprout grew a straight stalk as opposed to the original stalks which tended to meander and produced these orange flowers. Please help me identify this.