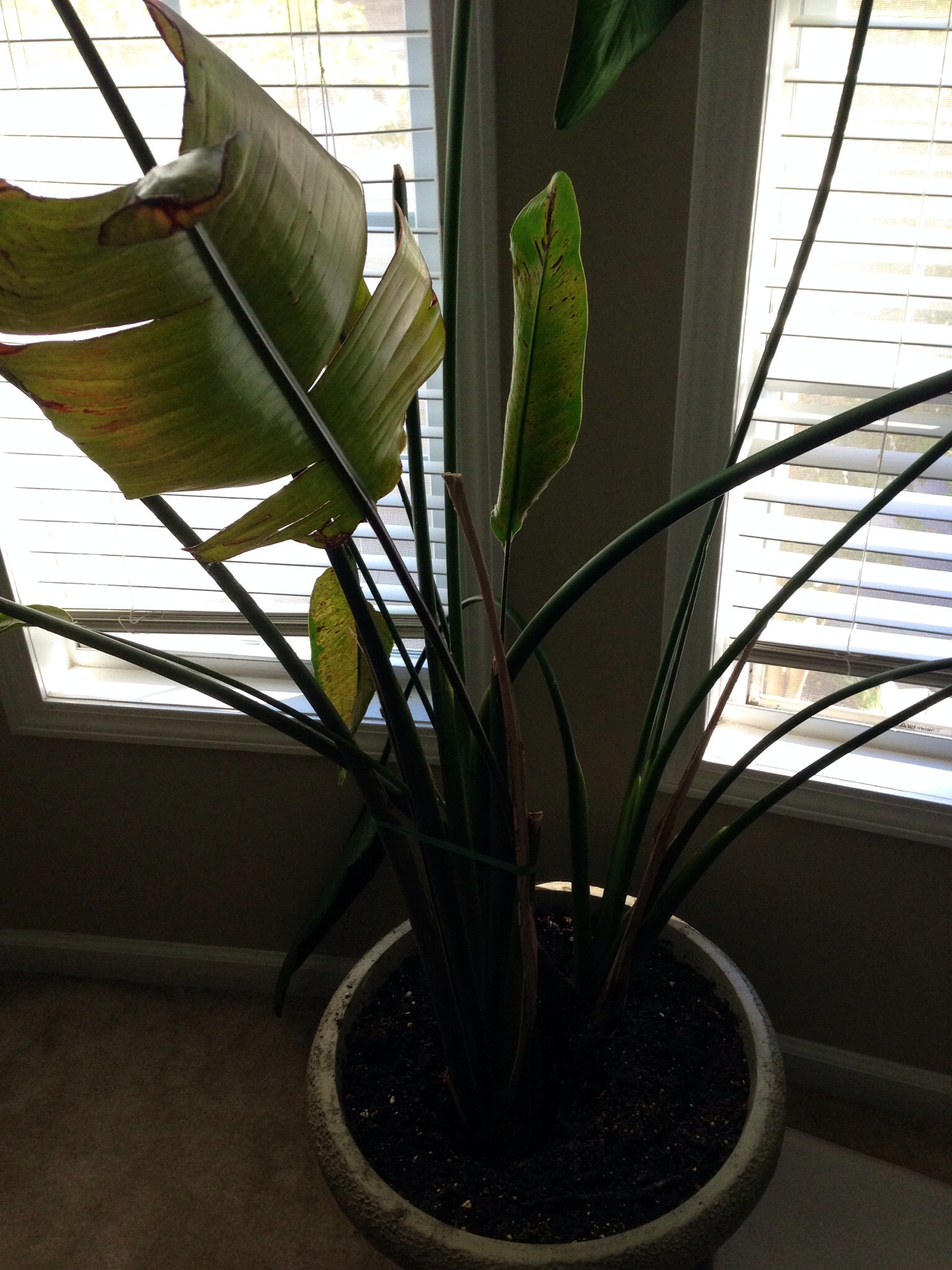 Don’t know the name of this but believe it’s a type of fern (though it For some reason reminds me of a banana tree, though I know that’s not what it is). Have had it for over six years but this year it hasn’t grown any new shoots and the existing shoots are weeping badly and dying. What will revive this? What is the proper protocol & environment for this to thrive? I’ve had it in my living room near windows for over 3-4 years. Thanks!