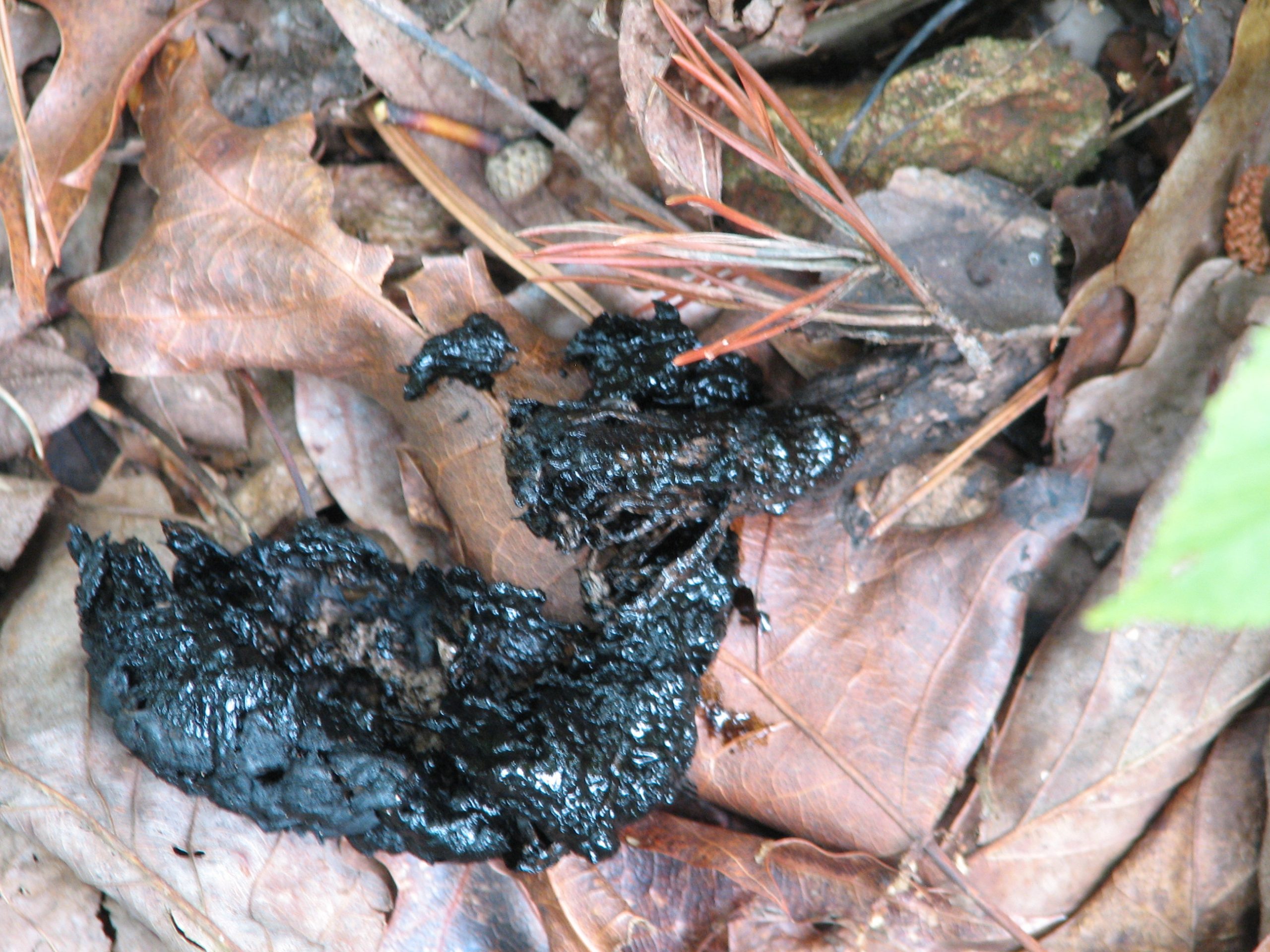 Tried to take pictures of underside of a new one that had sprouted up, but couldn’t get focused. Yesterday’s mushroom was all but destroyed, heavy fog of gnats or other small flying insect. One new mushroom about a foot away from the original, much smaller than the first, maybe one and a half inch diameter. Third mushroom picture, two feet away or so, doesn’t look the same in any way but does have black splotches. All parts of the black mushroom are jet black, stem, gills and all. Sorry no pic.