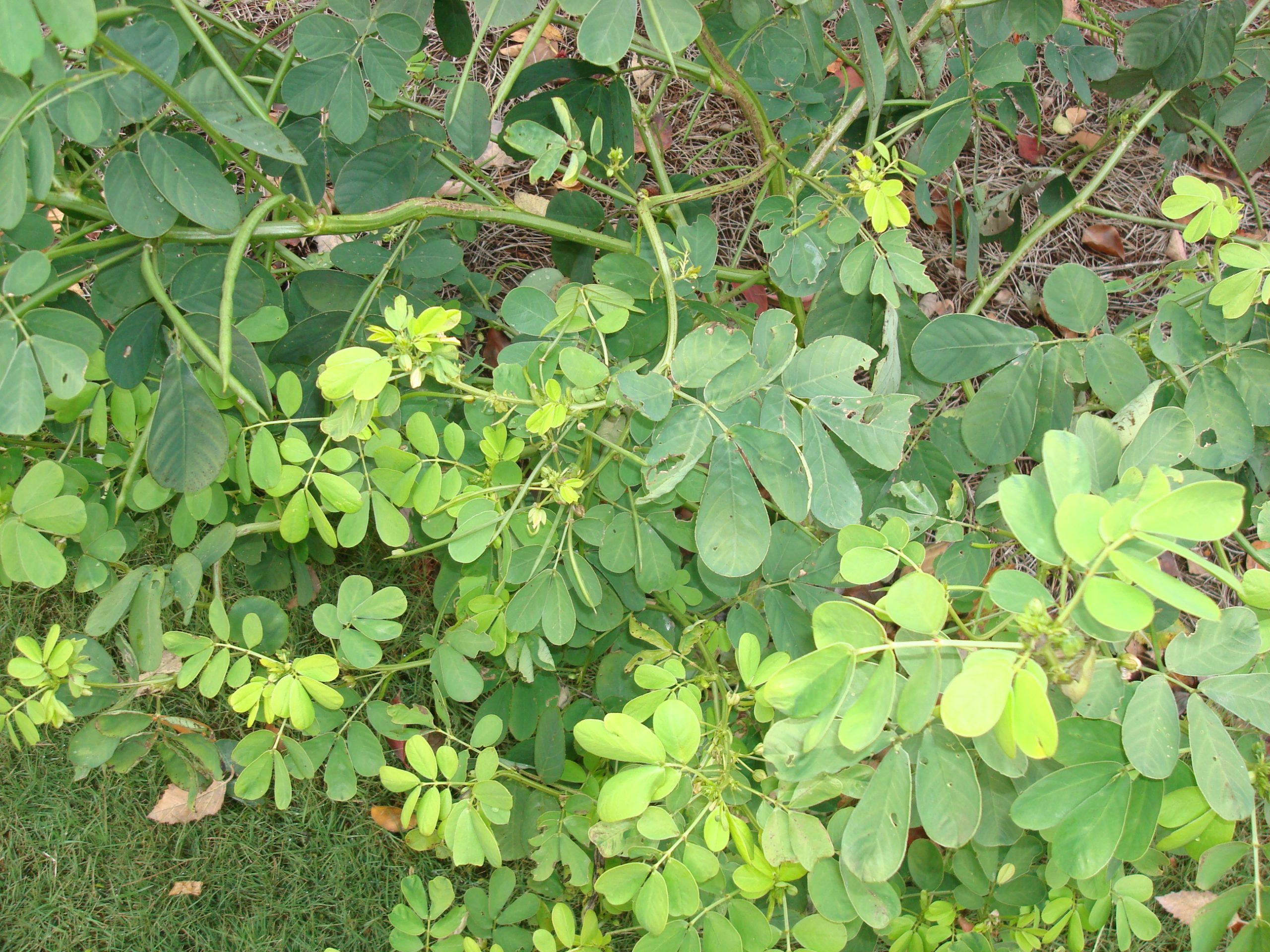 This plant mysteriously appeared two summers ago growing up out of the pine straw around the Dogwood tree in the front yard. It has very tiny yellow blossoms on it. In the winter it died and I was disappointed that I had lost it. But this summer it once again appeared. It didn’t come up until probably mid June and is now drying down for the winter. I took it to Stockman’s nursery today but no one there could identify it so they suggested I try Walter Reeves’ column, so here I am. Thank you