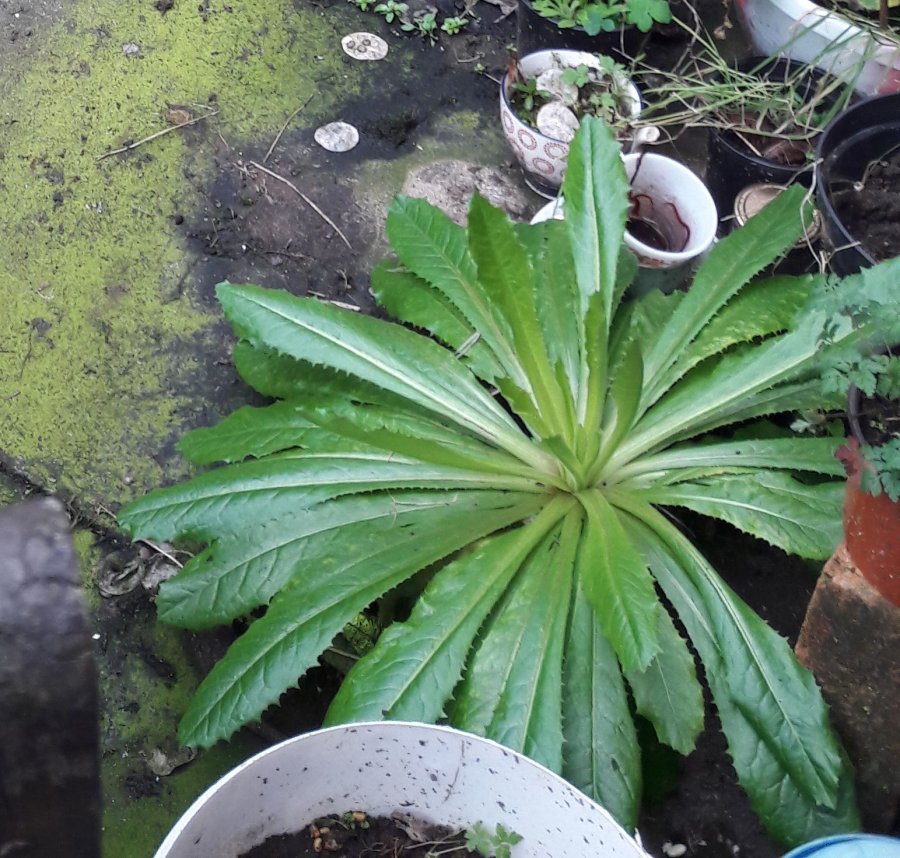 it’s been growing for a while now, either came from the earth down the cement tiles through the space inbetween and through the vase and leafed around, or pierced down the vase into the earth through the tiles?! can’t really tell. most likely it’s spontaneous but i’ve planted so many species from so many origins wouldn’t be surprised with what’s it..