Our Japanese Maple Died – Could Mushrooms Be At Fault? 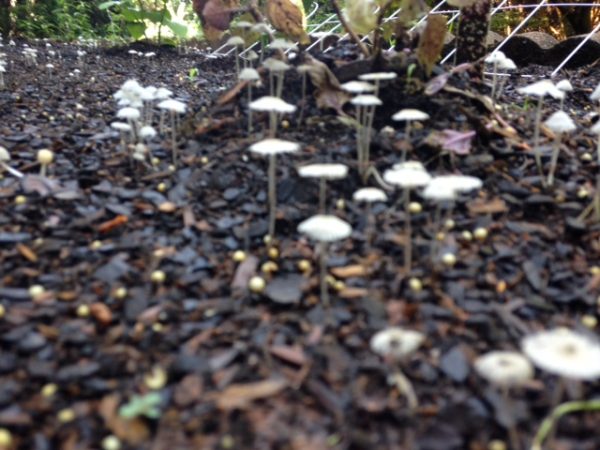 Q: We lost our beautiful Japanese maple tree. It was seemingly well established. But in late spring the leaves turned from green to brown and the tree slowly died. Can mushrooms in the soil kill a tree? Several were growing under the tree. What can we plant where the maple tree used to be?

A: There are several fungi species that live in the soil and produce mushrooms. Most of them decompose rotten roots. I think your tree received too much water over a long period and the roots slowly died. Fungi decomposed the dead roots and produced mushrooms. The fungi didn’t hurt your tree. I don’t think it’s a good idea to plant another tree in that spot. Could you put a vine-covered arbor, a big rose bush, or something that is not a tree there?