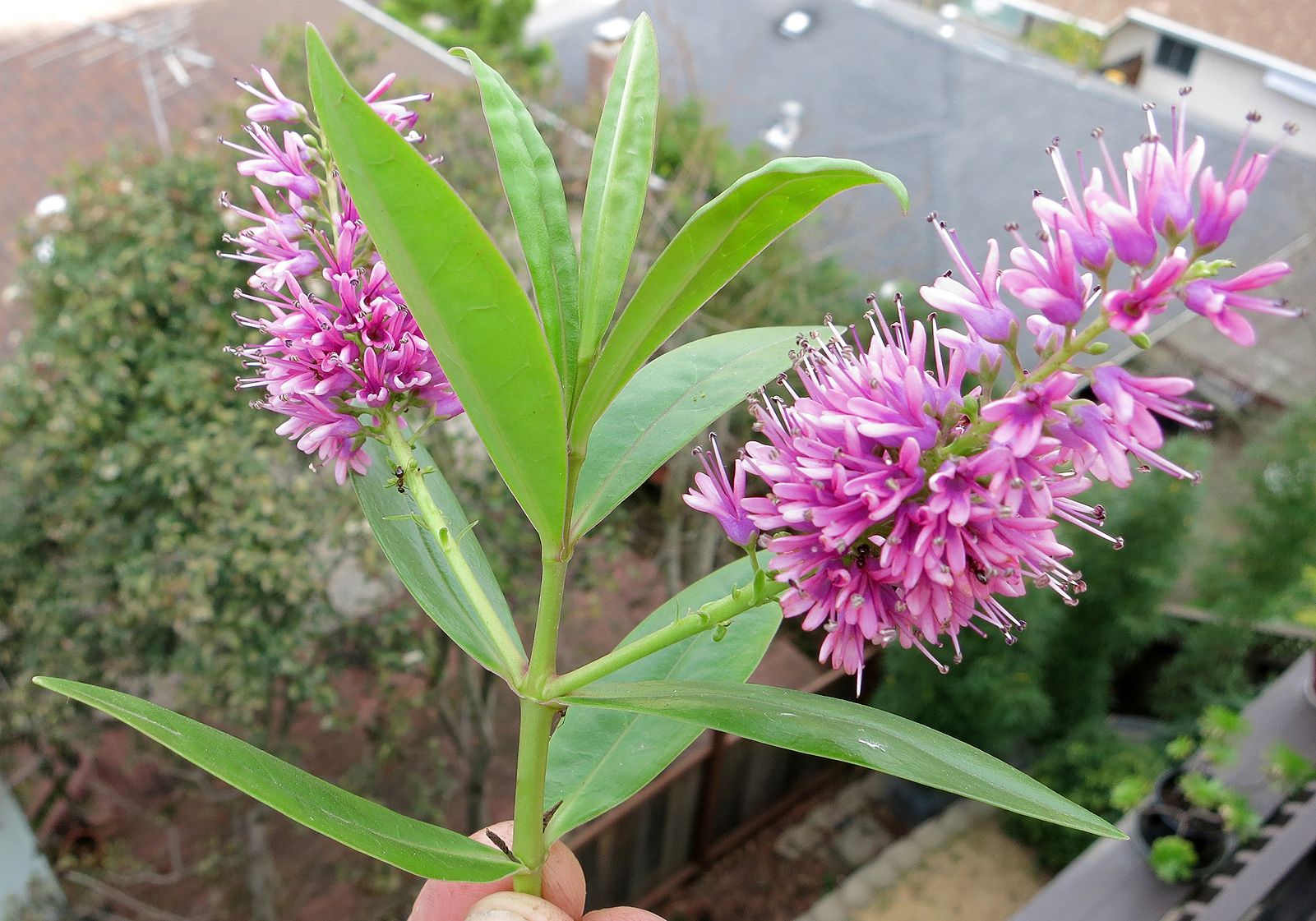 One branch put out a bloom now, but usually this blooms late summer. I bought it at Home Depot but don’t have a record of what it was called and they don’t recognize it a few years later. Grows at least a foot per year, leaves are in opposing pairs at 90 degrees from older leaves, bloom stalks emerge from leaf joint. Any ideas??