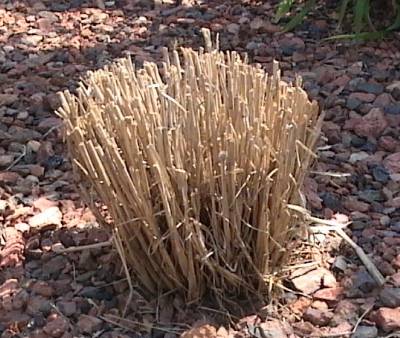 Q: Last year I planted purple fountain grass. They all did great. I cut them back in November. So far this year they are doing nothing. I have been told they will not come back until late June. Is this right?

A: You didn’t kill them, Mother Nature did. Purple fountain grass, Pennisetum setaceum ‘Purpurea’ isn’t winter hardy here. This grass is a perennial in south Florida but it doesn’t have a chance of surviving an Atlanta winter outdoors. That is actually a good thing because the grass is considered mildly invasive in places where it can re-seed itself and grow from year to year.

I have heard of gardeners who have attempted to keep it alive indoors but their efforts have mostly ended in failure. The plant is so inexpensive it makes more sense to buy a new one each spring.